I don’t know about you, but an awful lot of apps these days, seem to be focused on wasting the users time, instead of saving it. Well I met someone recently who I can only text, and wondered if there was an easier way to do it. I found some software that I could install, but it didn’t work properly – quite frankly I’m glad it didn’t, because then I found Mightytext. This web interface allows you to text with ease and with the huge keyboard you no doubt already own! Most importantly, it connects to your mobile phones tarriff, so if you pre-pay for your text messages, they are used whenever you use a computer/tablet to send messages. This is a great time saver, I’m fairly quick at texting, but now phones only have touchscreen keyboards, I find I struggle a bit! The web interface is user friendly, completely straight forward and even the stupidest of us could use it. I’m actually going to recommend it to a few of older friends, who find small phones fiddly, this in turn disconnects them from society a bit, so it’s a good thing! There are two version of Mightytext, free and pro. Free is actually good for the majority of people, but Pro has a good few extra features which in fairness may be business related. With the Pro version you can: Create templates Schedule messages Block numbers Sync’ pictures (sort of like a backup) There are lots of other advantages, and the pro version is just under a two pounds (£2) a month. So there we go, officially my favourite app of 2014…unless one comes out that can read my mind and then send it as a text 😉 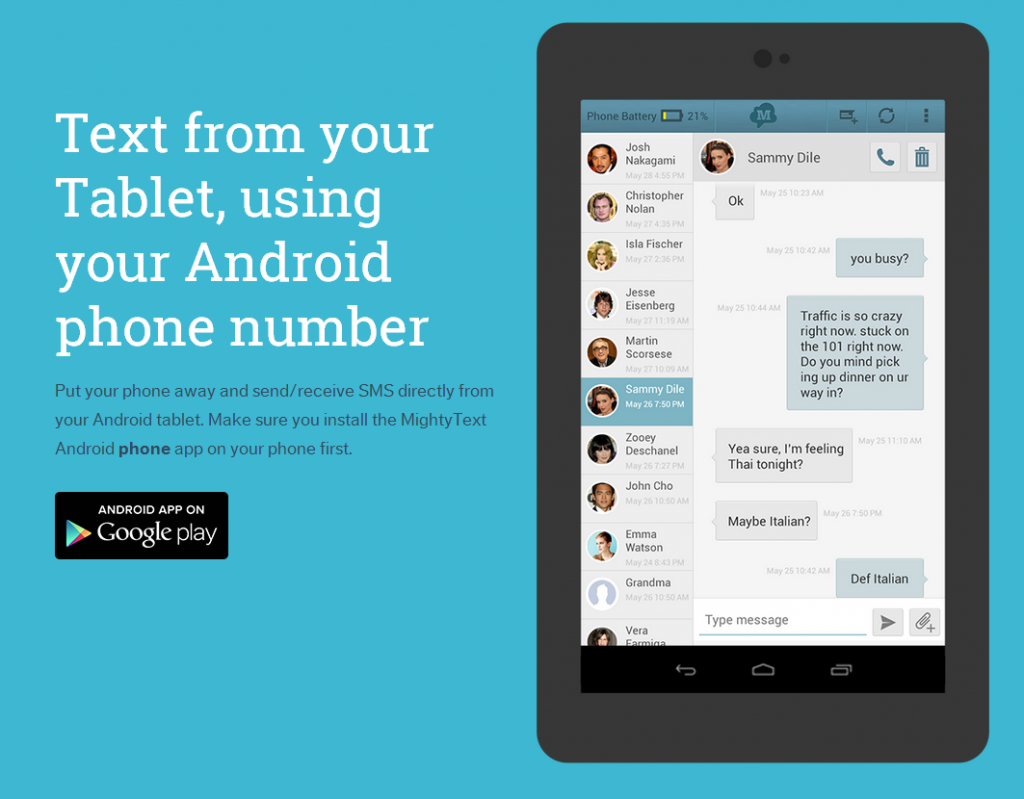